This new exhibition is another step forward in the consolidation of Lourenço’s language and, at the same time, it represents a shift towards a more conceptual and poetic approach.
His paintings create a universe that embodies the plenitude of existence by using different methods and premises. Simplified forms evoke elements and features of the real world by means of an easy to understand language that works as a bridge between reality and poetry. His characters come alive in the back and forth journey between these two dimensions: a place where they find room for resting, contemplation and dreaming; where Lourenço is able to delve into the sense of living.

From the start of his career his work has gradually moved away from any narrative and anecdote. In recent years it has mainly focused on female figures which are the expression of a placid existence pleased in the simplicity of living. One could say that, at the beginning, his characters stole the leading role from the settings. They then relinquished any action that was justifying their existence in order to conquer a neutral atmosphere where they could fully unfold their presence. Now the space is more conceptual than ever before: liberated from describing real situations, the art game has taken over and is the vehicle that creates each painting’s atmosphere and rhythm.

in (‘Between Lines’) we can see that Lourenço puts more emphasis in abstracting from reality by using geometrical abbreviations, coloured lines and planes which synthesise features from objects and figures. He also gives tone and shading a more important role, while the outline of shapes has become softer. Another novelty is the segmented and faceted descriptions used to depict the “walkers”. The compositions of invisible faces are surprising too. They have taken on the idea of digital editing in order to explore issues of perception and creation: the accumulation of images lying behind a shape, how it might emerge or become hidden depending on how you view it, the need to withdraw from looking at the details in order to gain a wider picture, etc.

Another group of paintings is the laundry pecks and paper cuttings series. Here the abstraction has inverted the process we saw earlier: a plain object’s shape extracted from its everyday context gives way to building up a universe of connexions – Au pied de mon arbre, Casa amb jardí, Memòries d’Àfrica –where the artists is inviting us to travel – Fly with me.
It is important to point out that, for the first time, he is including some photos and 3D models alongside paintings and drawings. They are mise-en-scène of a world made of manipulated materials that, like the geometrical abstractions in the paintings, are evoking features from reality without copying. Each shape has its own value, as an object and within the context of the scene where it is participating. Assisted by photography and software Lourenço is able to register different insights and actions in a way that helps him to go deeper into finding associations between ideas and approaches. These works are relevant because they are pointing out the amount of attention that he devotes to articulating the space and atmosphere.

All of the above brings together an exhibition that explores a wide range of the artist’s own solutions and reformulated ones–some referring to various moments in the history of modern and contemporary painting. Through them Lourenço’s interests find a way to shape the language that singles him out and conveys his world: a place populated by the full and unavoidable presence of his characters; a universe where, in between lines, echoes the poetry of existence. 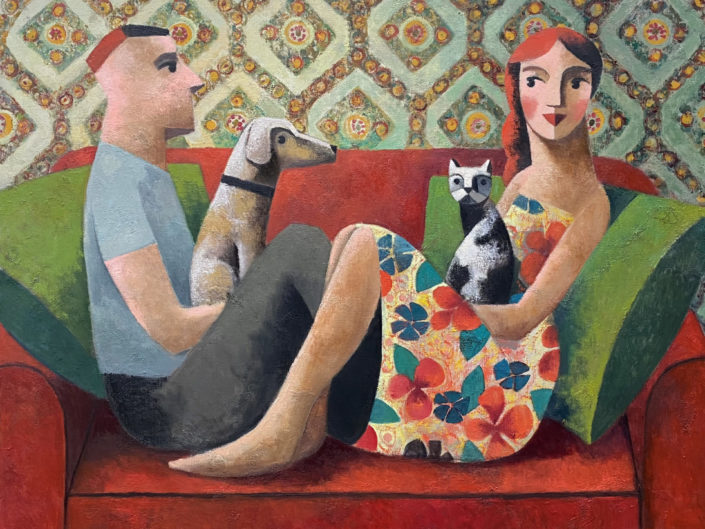 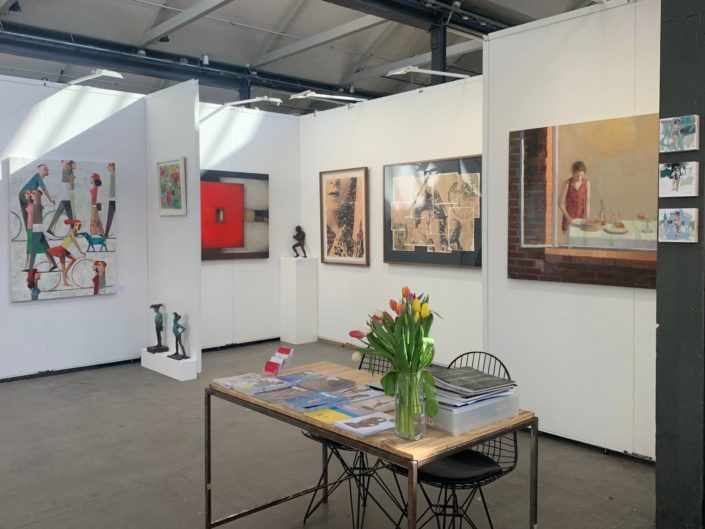 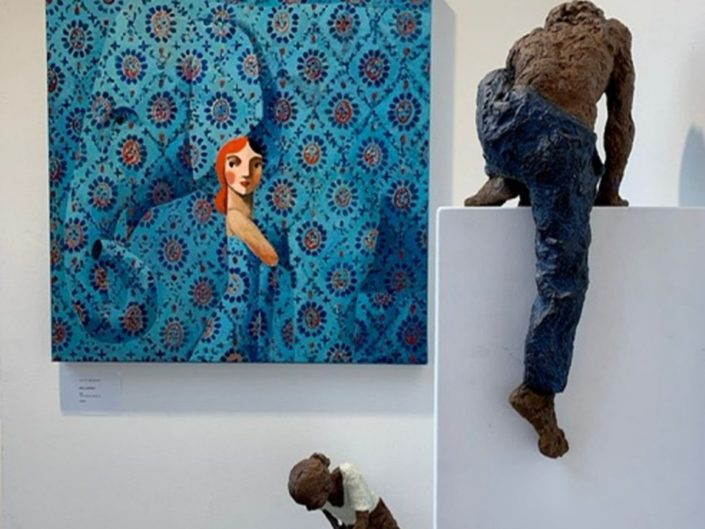